The last time the Trans World Airlines (TWA) terminal at Kennedy International Airport saw a weary traveler was in 2001. 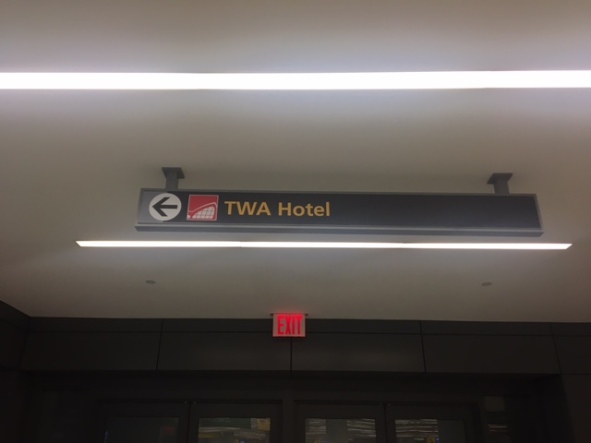 The flight centre has since been closed until May 2019 , when it reopened and transformed into the lobby of the new TWA hotel , the only on site airport hotel.
Offering an homage to a past era of aviation, today the terminal’s twin corridors lead you to the TWA hotel with 512 rooms.

What was once an ‘Arrivals hall’ , is now the reception area of the hotel . The check in desks of the terminal serve as the reception desk .

Lining the walls are the many pictures of the cities TWA  once flew to. 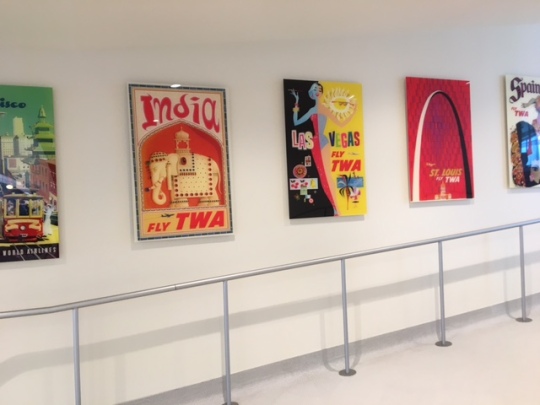 Hotel guests will feel like they’re stepping back in history — with the old flight board on display, model cars in what will be a restaurant, rotary pay phones and red plush furniture. There are more than 500 guest rooms, dozens of meeting rooms and even an infinity pool on the roof. 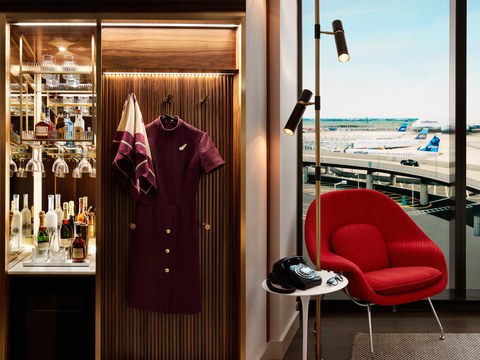 Walking into the Flight Center, you are greeted first by a vintage Lincoln in the porch. As you enter you see a ticking departures board and a hostess dressed in a purple polyester TWA uniform. Moving on the graceful staircase, the Sunken Lounge, huge window panes, and a view of a restored TWA plane on the long-abandoned runway.. 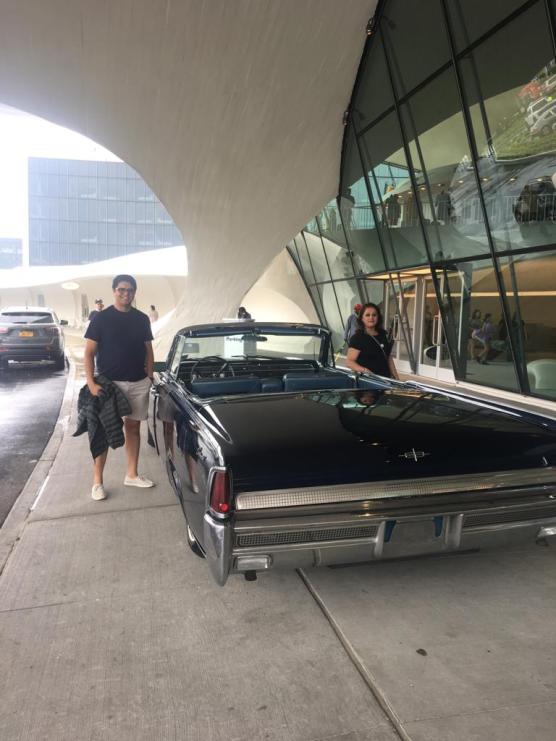 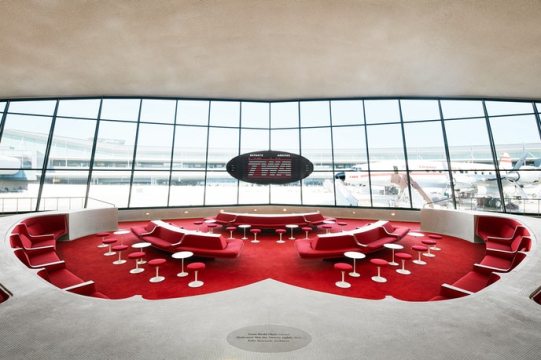 A cocktail lounge in a repurposed Lockheed Constellation L-1649A from the 1950s stands outside the new hotel. Four large sofas and eight vintage airplane seats reupholstered with a retro pink and orange plaid seat the guests .

The display of TWA uniforms and luggage through the decades is just one taste of history in the brand new hotel. 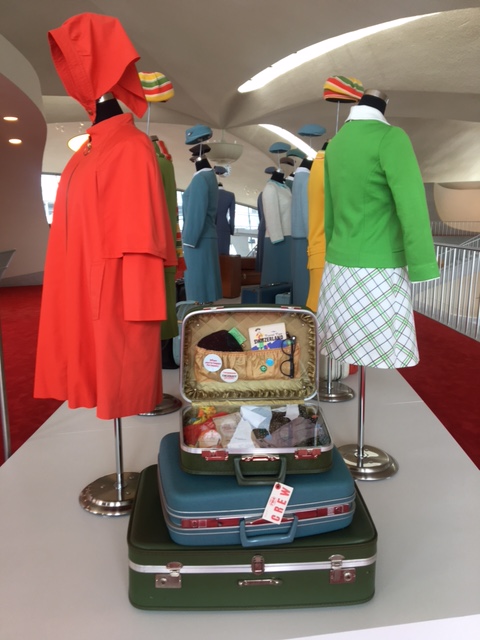 There are multiple places to eat throughout the TWA Hotel, such as the Paris Cafe, located on the mezzanine level of the historic building. The 200-seat restaurant is now open for breakfast, lunch, and dinner and serves food inspired by in-flight menus from TWA.

For quick meals, what was once the ‘Departures Hall ‘ now has a mini food-court style offerings and coffee carts.

Located through the terminal are the multiple memorabilia reminding you of the aviation era gone by. 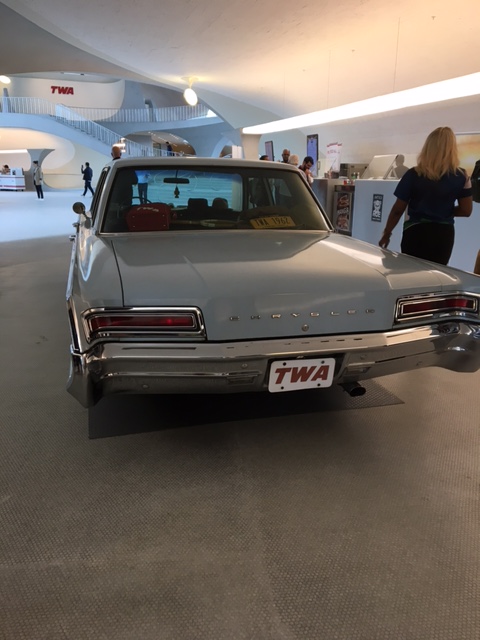 Whether you’re an avid plane spotter or just love rooftop bars , the Pool Bar at the TWA Hotel is worth visiting . Looking out over JFK’s Runway 4, you can watch JetBlue and Delta planes take off while sipping a cocktail at the bar or while swimming in the infinity edge pool.

The TWA hotel at JFK Terminal 5 takes you down memory lane with a marketable “story” and some absolutely wonderful ‘Instagrammable’ photos.