This isn’t my first time in New York but still whenever someone asks me what they should see and do in New York, I’m almost always stumped for an answer.

I mean besides the obvious touristy places /things, how can I sum up my answer? New York isn’t just any other big city. It’s an experience.

New York emits a mixed response from people. The crowds that throng this city is unbelievable. Some just love the crazy vibe the city has, and others hate it.

There are a million things that you can do in New York City that if I start talking, I wouldn’t know when to stop. After all, it is known as the city that never sleeps. 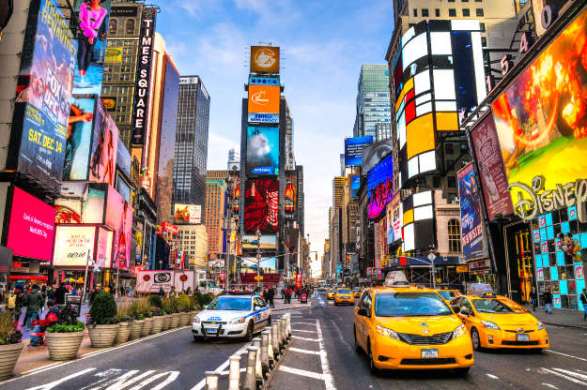 But let me begin by saying that you better be prepared for walking a lot! A lot, a lot, a lot!! I mean you definitely can hail a yellow cab, just like in the movies and all, but who wants to see NY from a cab window, come on !

New York traffic can really leave you exhausted; not to mention the cab fare which can add up and get expensive in the long run.

Subway is your best bet and the 7 Day Metro Pass card will give you the best bang for your buck. And sometimes, Uber and Lyft are better options since most of the time, they are cheaper than regular cabs.

Speaking of traveling by Subway, be prepared to spend a little time figuring out which train goes where. Although I have traveled by Subway several times, it does get a little confusing for me. Figuring out the direction I need to take rattles me but then I figured out that doing a recee first on the google maps helps in taking the best possible route. Also downloading the NY Subway app on your phone can be really helpful. 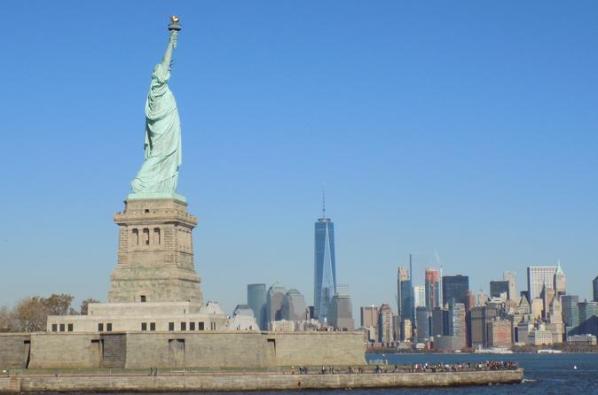 While there are the definite,’Things to do in NY’ such as the Statue of Liberty, Empire State Building , Rockefeller center- the Top of the Rocks a 3-tiered observation deck at Rockefeller Plaza, that offers a great view of Manhattan, Chinatown, SOHO, the numerous Museums , the list is endless, but most of these attractions are chargeable . But surprisingly there are also so many things that you can do for free.

Some Museums have free entry on certain days/ times. Or you can catch The Staten Island Ferry which is a Free commuter ferry that travels back and forth from the Whitehall Terminal at the tip of Manhattan to the St. George Terminal on Staten Island. You can catch a stunning view of the city as well as the Statue of Liberty while on the Ferry. This is such a great alternative especially if you do not wish to buy tickets and go to Ellis Island to see the Statue of Liberty or have already done that in your previous trips.

Apart from this, popular places like Central Park, Bryant Park, Battery Park, Grand Terminal station ( an Icon) the 9/11 Memorial and Museum , Wall Street and its cobbled streets,  taking a walk on the Brooklyn Bridge , or DUMBO (The neighborhood of Dumbo is a beautiful place to visit. It has cobbled streets, vintage brick buildings, sits under the Brooklyn bridge and sports some sweet street art. Just walking around this area is a real treat). The HighLine which passes through Chelsea market and the nearby honeycomb structure  ‘The Vessel’ are all free activities.

Stretching out underneath the Highline you’ll find a plethora of art galleries. These galleries are funky and weird as hell. They’re free to enter and some are big. This may be one of the most underrated things to do in New York City.

Other than the tourist spots there are numerous other places of interest such as the ‘house from FRIENDS‘ in West village, or the the fact that Macy’s the trendsetter store covers an entire block with 11 levels of fashion for you and your home.

NY has some of the hippest restaurants and rooftop bars that exude the vibe of this vibrant city. 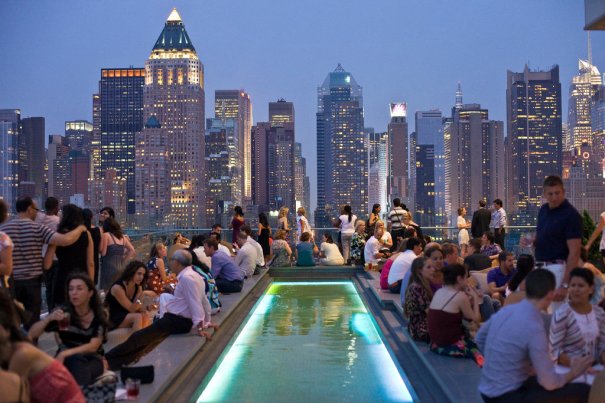 Of course there are many more sights that I haven’t included in this post, as I feel there will always be something I may leave behind.

You can somewhat relate to the quote from the movie Forrest Gump – “Life is a box full of chocolates, you never know which one you get”

Such is New York- Always a little mysterious, a little sweet and a whole lot saucy!!